The weather in Mongolia is changeable. You might be able to see four seasons of weather within one day. Mongolia has a long cold and dry winter and short summer.

Spring: Spring months in Mongolia are March, April, and May. There are many windy days through spring and weather so that the weather can change. You might meet all four seasons on the same day, like beautiful sunny warm in the morning and then suddenly it turns to windy and then it might snow or rain. You’d never predict the weather during spring in Mongolia. The average temperature in March will be 0 +10 degrees Celsius, in April +5 +15 degrees Celsius, in May +10 degrees Celsius in the Southern and eastern part of the country (Gobi and steppe), and it’ll be slightly cold in the Central and Northern of Mongolia. Sometimes the temperature will drop down below zero during the night in central or northern Mongolia.

Summer: Summer months in Mongolia are June, July, and August. Summer in Mongolia is pretty comfortable to travel around due to sunny warm weather with blue sky, green steppe covered with livestock. The average temperature is +20+ 30 degrees Celsius. Sometimes it gets hotter, it might get up to +35 to 40 degrees Celsius especially, in the Gobi region. But there is always a breeze, usually at night. There are short rains in summer. In the evening, it’ll often be chilly in the central and northern regions of Mongolia, even though it’s summer. During your trek, you might cross paths with a thunderstorm, especially after days of scorching weather.

The weather in Mongolia is very variable, so you need to be prepared, even you travel in summer. So, we’ve made a checklist for your trip to Mongolia. If you forgot something, there is isn’t much chance once you’re in the countryside, so you need to buy them in Ulan Bator, the capital of Mongolia.

Please click here to get the packing list and what to bring when you travel to Mongolia.

To see the current weather forecast please click on the picture! 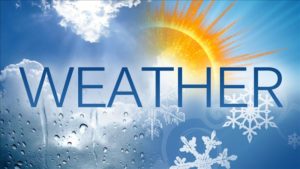 Go back to homepage
Scroll to Top